Where to eat in Reykjavik 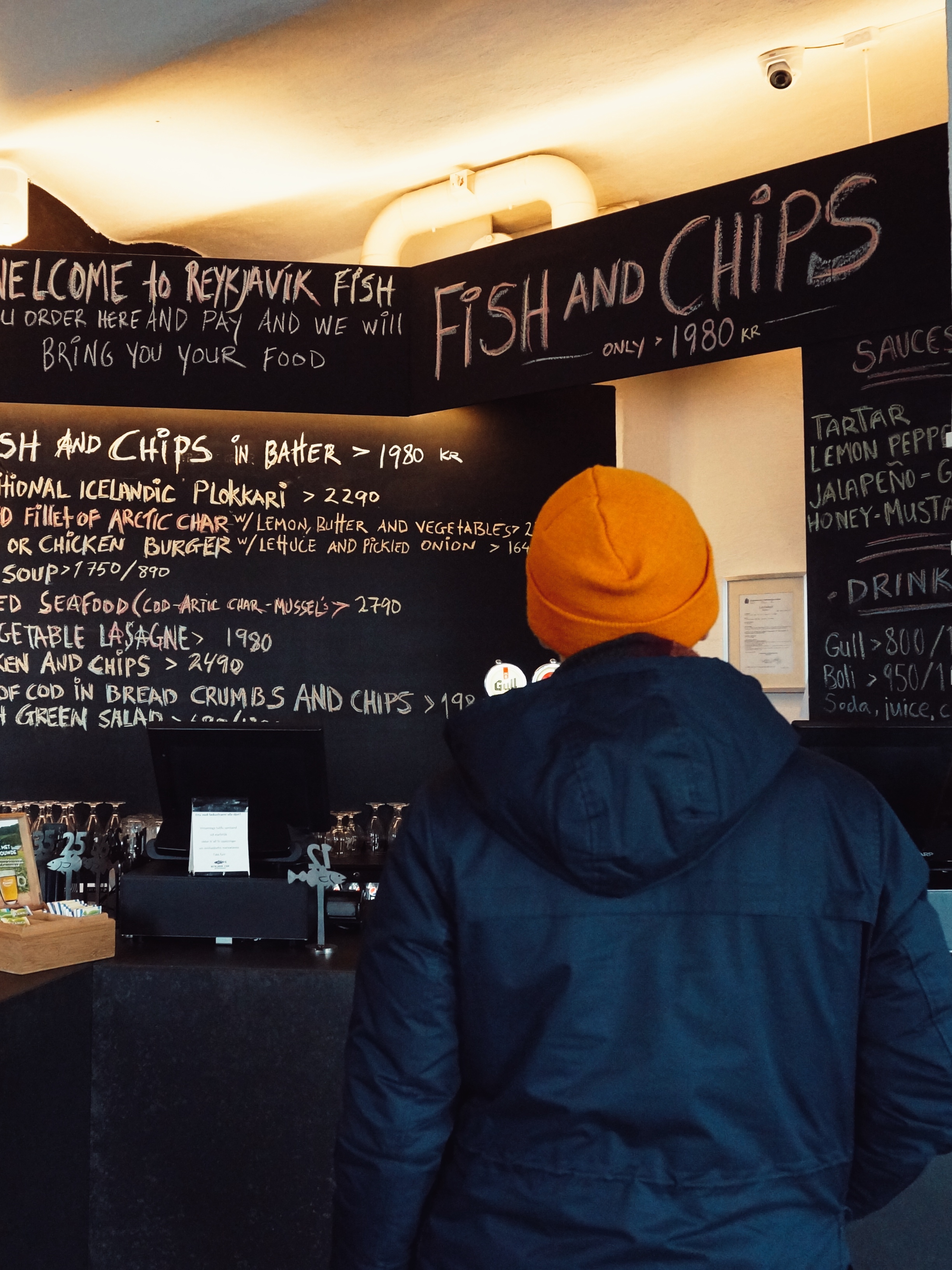 When traveling, I always want to get to know the country to the fullest and usually tasting local food is one of the best ways to do so. Therefore, when my love and I were in Reykjavik, Iceland, we tried various foods that locals recommend (no rotten shark meat which is eatten only by tourists). So here is our list of places where you should it in Reykjavik.

The first place we’ve visited in Reykjavik was a strange restaurant recommended by everyone (by bloggers, youtubers, locals and trip advisor commenters). You must go to the Sea Baron they said, you must eat their lobster soup they said. So we did. And it was quite an experience… Located in a lovely house at the Reykjavik port, this restaurant was easy to find. Once we got inside, we were amused by the interior which reminded of an old ship. There also were pictures of the sea baron who founded this place. He wanted to stay there forever so he did (just go there and see how)… But let’s get back to the food. The lobster soup was good. However, neither of us thought it was superb but that’s maybe because we’re not fans of sea food. But we both were really impressed by this place and told about it to everyone who asked how was our trip so probably you should go there as well.

If you’re going to Iceland and looked for recommended restaurants, I’m sure you’ve already read about Loki Café. This is the place for tourists, or for locals and their foreign friends, I’d say. However, there you can have all the traditional dishes (yup, rotten shark meat is one of them). Did we go there? Yes! And tried pancake with skyr and caramel (skyr is another traditional Icelandic food, similar to yoghurt but different), and rye bread ice cream with caramel. Both dishes were specific and different from the food we’re used to eating. But we were happy to try it because you never know what tastes can pleasantly surprise you.

Another dish we really wanted to try out was Icelandic lamb soup. As we were looking for high rated restaurants nearby, we found Icelandic Street Food. Its rating on Foursquare was high enough and they had lamb soup which according to comments was great so we went there to try it out. In the middle of the day the place was full and there wasn’t even one seat available. But people were ordering food to take away and others were eating right were they stood. This was the sign we shouldn’t go for another place but eat here no matter what. We’ve ordered their traditional lamb food (obviously the most popular food there) and the guy at the bar told us we can go eat it at the beer bar nearby. Once we got our soup, we went there and gladly there were a lot of vacant tables (most of the people were eating the food brought from the restaurant). It was a good, tasty lamb soup with vegetables and tasty bread. It warmed us up and we were happy and full.

One more dish everyone needs to eat in Reykjavik is a . Yup, a hotdog. The one from Baejarins Beztu kiosk. As we were preparing for our trip to Iceland, we’ve read that hotdogs are very special in Iceland and locals like them a lot. And the ones from Baejarins Beztu were recommended by everyone. So we went there on our first night in Reykjavik and one more time just before we left. Why you should eat their hotdog too? Obviously, because it’s delicious! I’m not gonna lie, it’s very simple, just a bun, a sausage, tomato sauce, mustard, and super crunchy onions but that’s all a good hotdog needs! Oh, and it’s super cheap compared to all the other food in Reykjavik.

On our last day in Reykjavik, we were looking for a nice place to warm up because it was freezing and we had to check out of our before noon. As we were walking, we saw a spectacular wall, all covered in painted plants. It had no reviews on Foursquare but my boyfriend wanted to go inside and check it out so we went in. At only soups were served and all of them were vegetarian. It tasted very nice and the place was truly cozy so we’ve decided to try out one soup and warm up there. Oh boy… Their meatless con was the best soup we’ve ever had! So rich in flavor, different from everything we’ve ever tasted and so perfect. It was the soup heaven! So if you’ll be in Reykjavik, go there and try out the best soup ever.

This is it, these are all the places we’ve been while in Reykjavik. Even though not all the food was very delicious, I still think it was the best tasting experience we could’ve had. Some of those dishes surprised us, some of them didn’t meet our expectations but that’s what traveling and tasting local food is about. If we didn’t want surprises, we could’ve gone to a burger restaurant or eat pasta but this was ways better. Would I try to change something if I could? Well, I wish we’ve tried even more dishes but my stomach isn’t infinite and so is my wallet. But the food we’ve tried was exactly what we were looking for: unusual and different from what we eat every day.