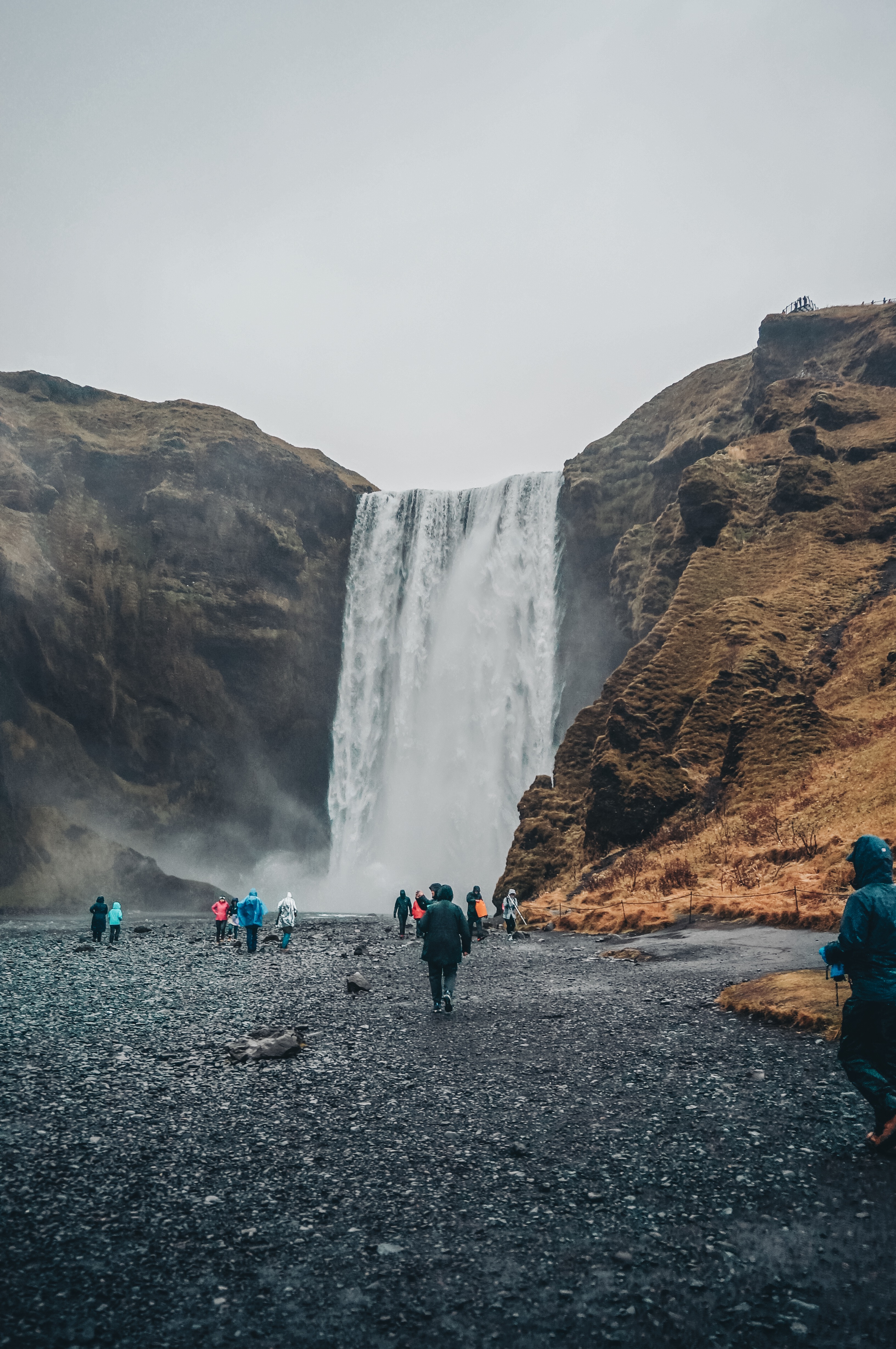 When my love and I were traveling in Iceland, we were visiting many wonderful, breathtaking waterfalls and at some moments it felt like we were chasing them, one after the other, exploring them through up and down, seeing the front of them and then the back. As we visited quite a lot of those located in the south-north, I wanted to share them with you – maybe you’ll also wish to see them in reality.

One of the very first waterfalls we visited when in Iceland was Öxarárfoss waterfall located in Þingvellir National Park. Even though it’s (we’ve learnt that only after the trip) it still looks lovely and is worth visiting.

The second waterfall we’ve visited was Gullfoss – probably the most beautiful waterfall we’ve seen during our whole trip. It’s so huge and there are so many spots from where you can observe it that we’ve spent there around hour but it felt just like ten minutes.

Another stunning waterfall we’ve seen was Seljalandsfoss. It was almost dark when we got there to see it but it still looked amazing. And the special thing about this waterfall is that there’s a path behind it so if you’re not afraid to get soaking wet, you can go behind the waterfall and enjoy its beauty from there.

One more stunning waterfall is Skógafoss. It was the last waterfall in South of Iceland that we visited and we liked a lot about it was that there were steps to the top of it so we could observe the waterfall from the top. The only difficulty was that it was incredibly windy and rainy on that day so it wasn’t an easy way up and down and after all that we were completely wet (that’s what happens when you’re traveling in Iceland in late October).

Well, and the last waterfalls we’ve visited were in the Reykjadalur valley. We went there because of the hot springs but to get there we had to hike for some time and on our way we’ve seen some nice waterfalls.

On our list were some more waterfalls located in this region of Iceland that we wished to see (Stjórnarfoss, Háifoss, and Bruarfoss) but due to short days we had to cut them out of our route, hopefully, we’ll visit them on our next trip to Iceland. Well, and all these waterfalls we’ve visited were astonishing and we’re very glad we’ve seen them.

The season of growth