A couple of hours in Verona, Italy 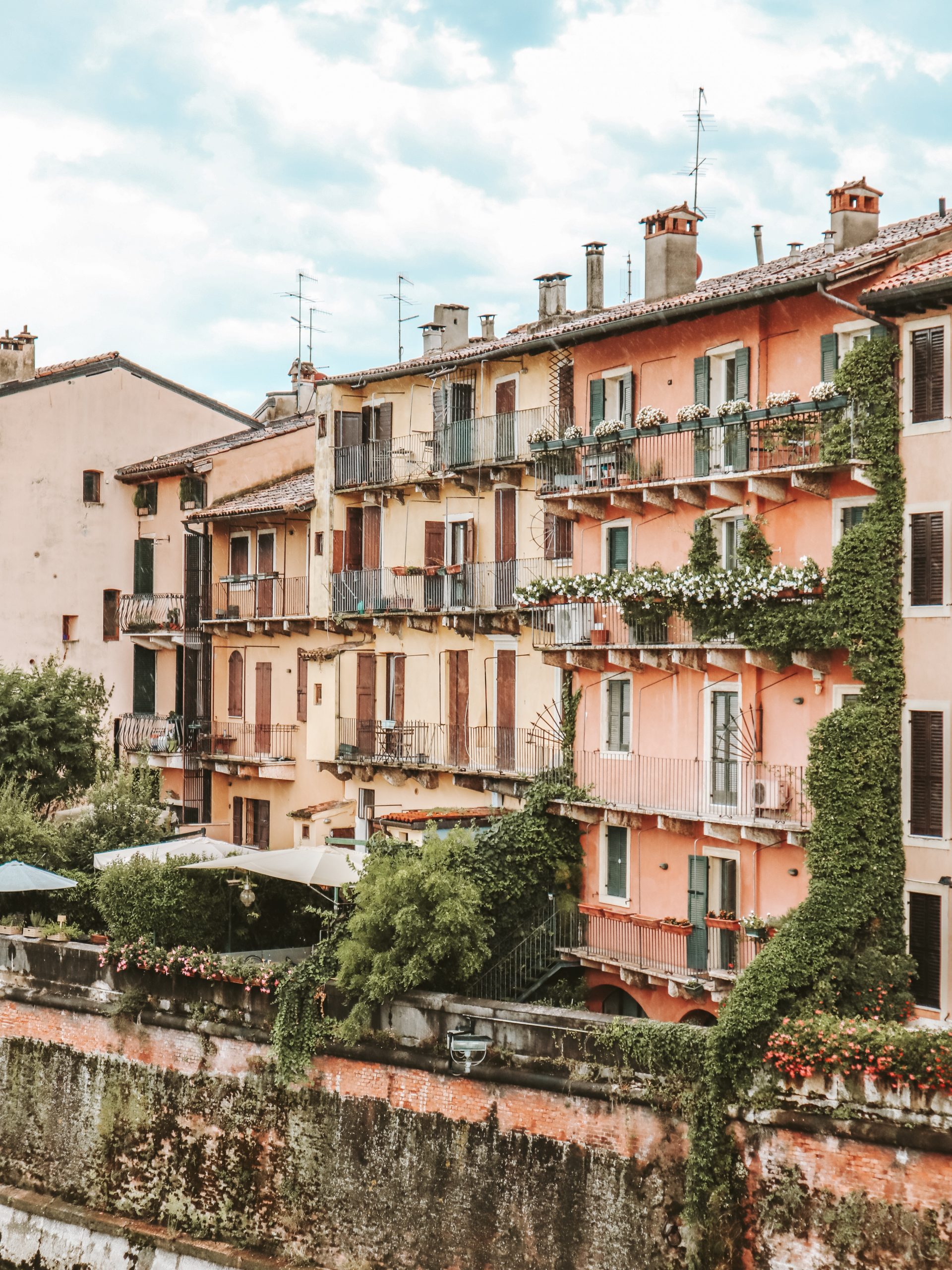 During our train-tripping in Italy journey, the fourth city we have visited was Verona.

It was meant to be a quick visit, just for four or five hours. It was our middle stop between Venice and Como.

After watching the movie Letters to Juliet multiple times and, of course, reading the Romeo and Juliet story, I had lots of expectations for this city.

However, the reality wasn’t that beautiful.

As we were approaching Verona, the sky was getting more and more clouded. The weather forecast promised a heavy during the whole day in a long period of sunshine.

Once we got out of the train, it was pouring cats and dogs, freezing cold and we didn’t have nor raincoat, nor umbrella. Well, at least the public transport bus stop was close to the entrance so when we saw a bus heading to the city center, we got in it.

We drove to the city center and had no idea what should we do. There was a church nearby so we went there. Then, I found out there is a Flying Tiger store very close so we went there to get an umbrella. The third spot we went in was a coffee shop in front of the Flying Tiger, where we got a cup of coffee each and rested a little bit.

The problem was, we had no idea the weather could be this bad and all the sights we planned to visit were in an open-air.

Sometime after, we warmed up and were ready to get out to see whatever is possible in that kind of weather. And the rain wasn’t that terrible anymore.

We went to the main square where the market was open and walked a bit in there. Then, we moved on to see the balcony of Juliet and the house of Romeo. The house of Romeo was beautiful but the balcony of Juliet… Oh god, it was so different from what I’ve seen in the movies. Of course, it’s my own fault and I should have checked the pictures of how it actually looked like but I wanted to be surprised so I was. The place was incredibly small and crowded, and since it was raining, everyone was holding an umbrella. Not the best experience.

Then it was about time to get some food. And that’s where the magic happened.

We looked for a well-rated restaurant cause, of course, we wanted to enjoy at least something in Verona. Sapore Downtown was the place we went to. It was incredible! They have a wide range of pizzas and I’m pretty sure they’re all delicious. We ate two of their signature pizza crunches. I couldn’t say it was similar to ordinary pizza but no doubt it was very tasty. Besides, as in most Italian restaurants, once the food is ordered, you’re given some local snacks. We got some homemade bread and local olive oil. That oil was nothing like we ever tasted before. We left this restaurant finally happy and laughed that the previous bad experience was a must to keep the balance with such a good one.

Honestly, that was everything we managed to do during our quick visit to Verona. After the restaurant, we walked a little bit more through the cozy yet moody streets of the old town and jumped on a bus to the train station and were on our way to another location in Italy.

Wonderful stay by the Como lake