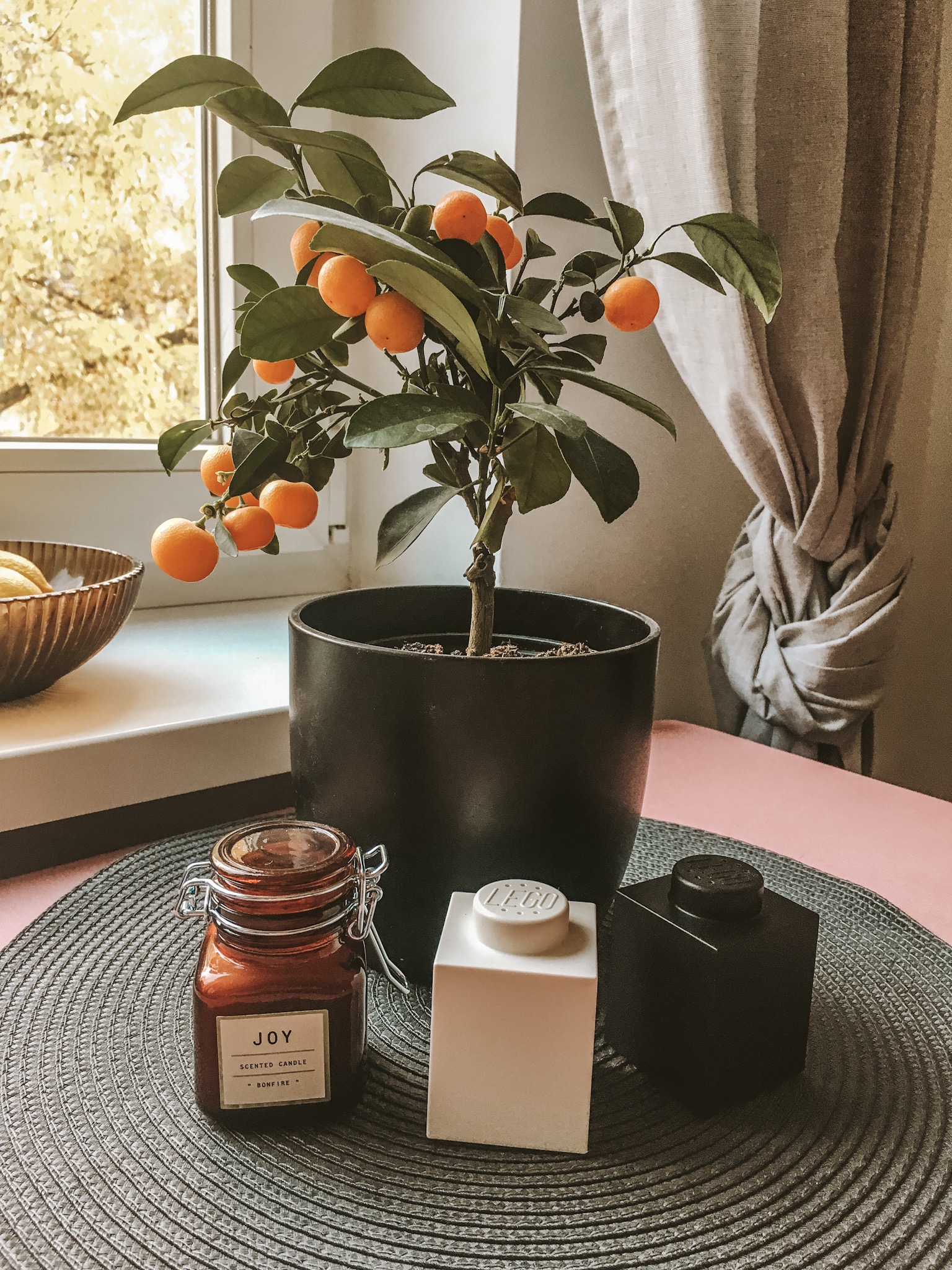 Since the day we moved to our new home, I was dreaming about starting the renovation. In the end, we decided to do it by ourselves and the kitchen was the starting point.

This new kitchen was just a little bit more spacious than our previous one. It was furnished in high-quality oak cabins and, on one hand, it was a nice kitchen. However, on the other hand, the cabins were in natural oak color and therefore it looked too heavy for a small space. The walls were in light caramel color while the floors were of dark wood.

All in all, the kitchen seemed small and old-fashioned. I had to fix it.

It took me three weeks to turn the kitchen into a nice one.

The cabins were taken care of first. I removed their surface and evening after evening painted them in light grey color. That one seemed much better than the yellowish one. Then, the kitchen table was painted in white, the same as the walls.

Oh, and I also tried to paint the tiles but after the first layer decided it won’t be good so we’ll put on a special kitchen wall layer (like the ones from glass or something).

Tricky things there were

Then, we changed the cabinets’ handles as well as the chairs and got two shelves for extra space. Funny thing is, none of these changes went as expected.

First, we changed all the handles into minimal metal ones and… the hande on one drawer was too protruding and made it impossible to open the doors to the rubbish bin. So we had to find other handles and ended up with the leather ones. Speaking of the chairs, luckily we bought only two because once we tried to fit two chairs on one side of the table – it was impossible, the table was too narrow. Well, since there are just two of us, two chairs are okay. And the shelves – we had to drill twelve holes and it was incredibly difficult to align them properly. In the end, we managed to do that and now have two nice looking open shelves.

Oh, and we also changed the fridge. The old was put in such spot that in order to move it, we had to either dismantle the cabinets or to raise the fridge above cabinets and take it out. It took four people and around one hour to take it out but we did it. And now there’s a new, narrower fridge which can be taken out (and put in) easily.

Details of the kitchen

That was the major changes and now it’s time for the details and decorations. To add some color, I got a dusty pink tablecloth and playful Lego salt and pepper set. They are the only decorations in place so far and I’m looking for other nice things to have in the kitchen.

Even though our kitchen renovation is far from done, it already feels much better compared to what it was. Bright and more spacious, and more our style. I’m happy we kept the old cabinets because they’re really good quality and the decision to paint them was great. Looking forward to seeing the final version of our kitchen when everything will be in place!

So… To be continued!