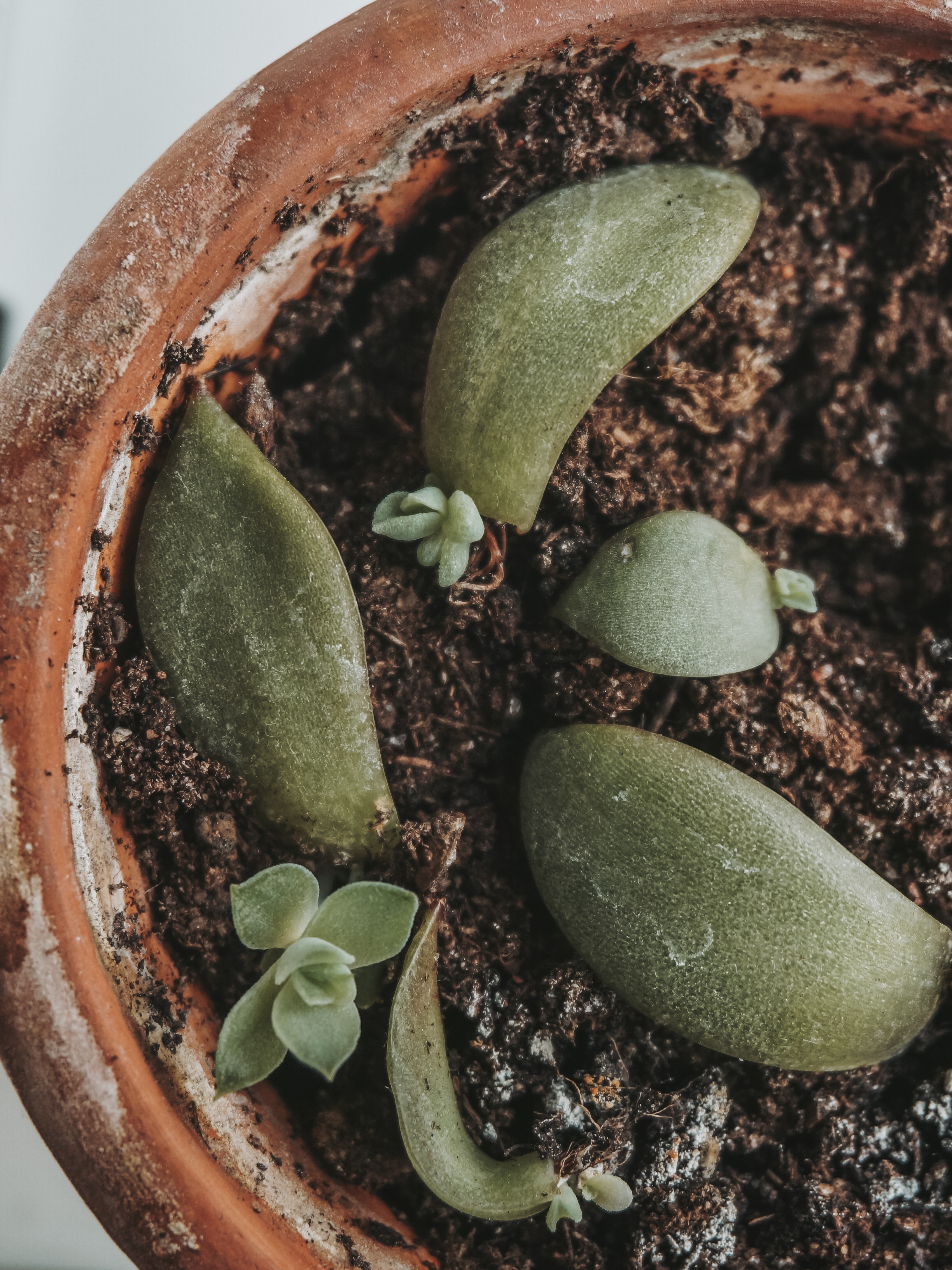 Teeny tiny and a little bit larger succulents always look lovely on a window sill or a coffee table. Of course there are many different succulents but I love them all. However, they’re quite whimsical despite many people say they‘re easy to take care of. They need sun, right amount of water and careful attention.

During Autumn, one of my beloved succulents began looking out of shape and I knew it was dying. I liked it a lot and was so sad I‘m gonna lose it that I decided to do what I‘ve never done before – to propagate that succulent and try to grow it‘s babies. As you can guess, it was a successful experiment and I want to share it with you.

In order to propagate succulent, you can use leaves of your own healthy growing succulent or leaves of a dying one. In my case, I used the leaves of unhealthy succulent. After watching lots of videos an reading about the techniques how it could be done, I decided to try out two options: growing the leaves on a plain surface (on a plate for example) and on soil.

The first step is simple – just carefully pick the whole leaf out of the succulent without harming it. One leaf should grow into one succulent so if you want to have more baby succulents, pick some more leaves.

Then, put the leaves on plain surface or on the soil. According to internets‘ wisdom, the roots should grow well on both surfaces. However, after trying out both options, I prefer soil. Why? Well, of the leaves that I grew on a plane surface died just like their parent plant before the new plant showed up. Meanwhile, the leaves that grew on took a lot of time but eventually 4 out of 5 leaves grew new succulents. I think it might have happened that I began propagation during Autumn and it‘s not a season. Maybe during it would have gone great both ways.

So, based on my own experience, I can tell you that putting leaves on the soil is definitely a good option. Besides, just for you to know, you can simply put the plant on the surface (without „planting“) or if you want to „plant“ it, you can cover the part which was separated from the parent plant with a little bit of soil.

Put the leaves on a sill so that they could get plenty of sunlight or in another bright spot. Then all you have to do is wait and spray the leaves with water once in a of weeks. Also, if you want, you can fertilize the leaves once their roots appear but that‘s not necessary, just water spray is enough for them.

This is it! The propagation of succulents is very easy even though it takes time. If you have a gorgeous succulent and want to have more like that one or if you want to save a dying succulent, simply pick its leaf, place it on the soil and wait. May your baby succulents grow fast, healthy and strong!

Every body is perfect

Brunch at Saules Jegaine in Vilnius