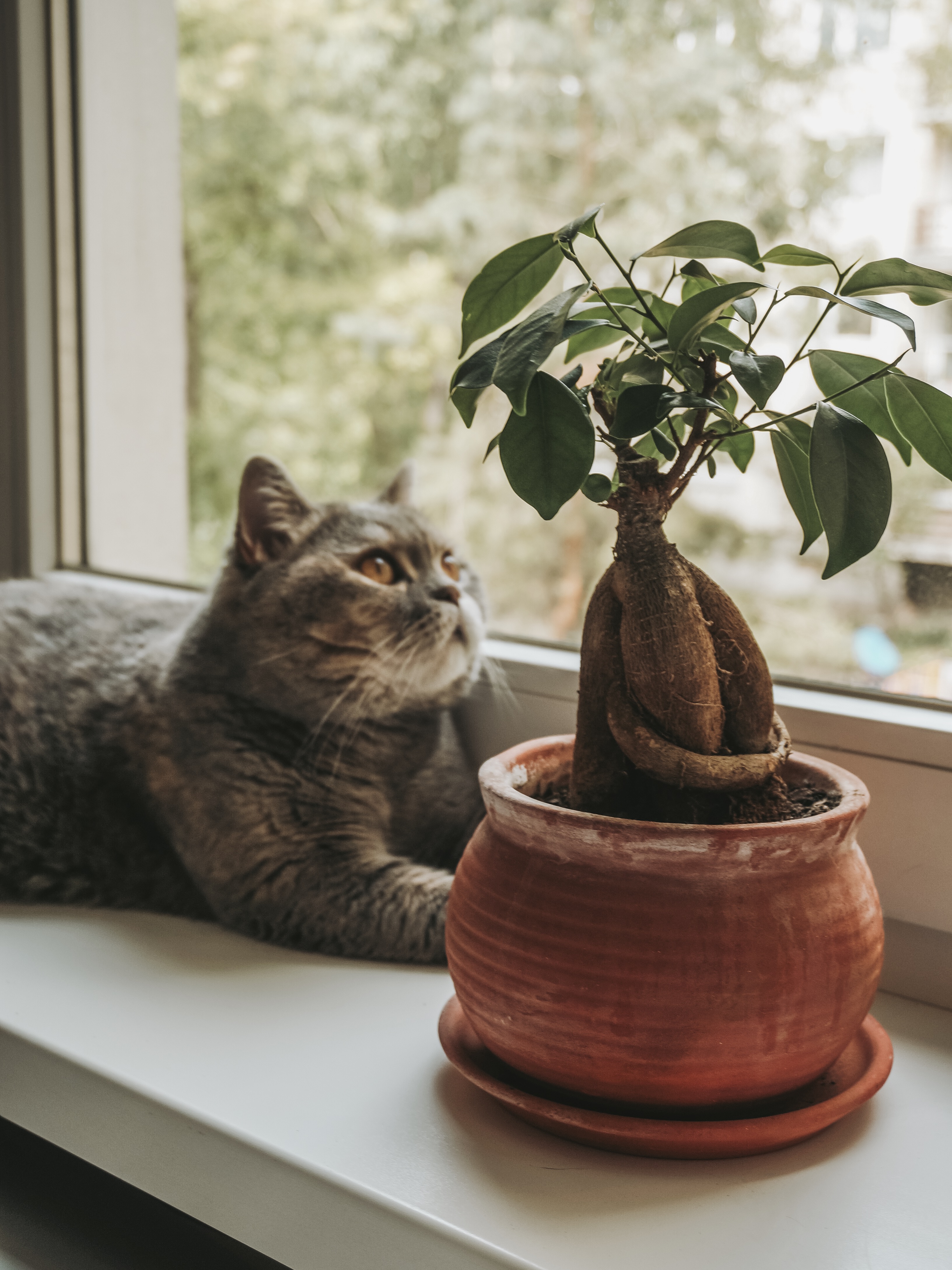 Ficus Ginseng was one of the very first plants I got, it was last Spring, when we moved into a new flat and I wanted to make it feel like home. Since that day, this Ficus plant and I had to go through various events. There was time when all its leaves fell off, then a nice big worm grew up in its pot, some time later it had spider webs and had to go through tough healing but all these things after, I still have it on my bedroom sill, with wonderful healthy leaves.

I used to put extra care on my Ficus Ginseng and now sometimes I think maybe it had all the problems because of this? I was watering the plant once or twice per week and misting a couple of times per week during Summer. Also, I was giving it baths around once every three weeks.

When it got spider webs, I cut off all it‘s leaves and used green garden soap to get rid of these pests. When those spider webs were gone, I cut the tips of the branches until I reached the alive parts.

Now I‘m taking care of Ficus Ginseng a little bit differently. I put the fertilizer stick into the pot (I‘ve written about the in this post) and began watering it once per week. That‘s all.

For the past two months, my Ficus plant was thriving! It grew lots of new leaves (it had none two months ago) and they all are even more beautiful than ever before – large, healthy and deep green.

The Ficus Ginseng is a lovely plant, looking beautifully in various interiors, I kept mine in the living room and now in the bedroom – unusual shape reminding of Japanese Bonsai tree gives some spice to every room it is in and I love that!

Dare to say yes when you feel like it