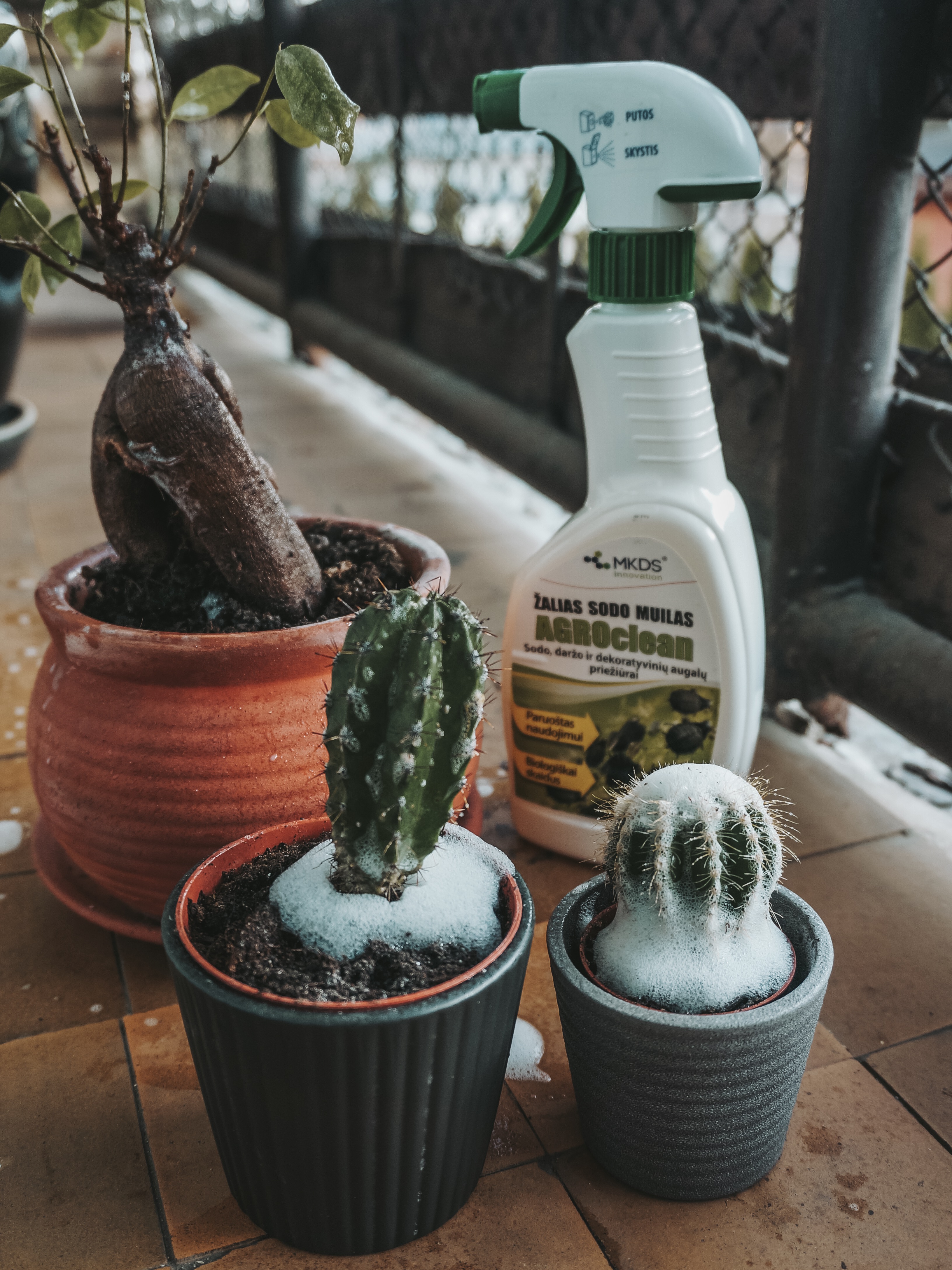 Fighting pests of plants is long and intense work but it must be done if you want to keep the plants growing strong and healthy for many more years to come. I hoped my plants will never get sick but some of them did and here’s how it all went…

A couple of months ago, I noticed that one of my cactuses got some kind of very little white things on it. They seemed like teeny tiny insects but there were just two or three of them so I simply scratched them off with a toothpick, put that cactus further from other plants and hoped the problem was fixed.

However, some time passed and there were more and more white pests on that cactus. It became obvious that simply taking these things off doesn’t help. Besides, few days after that I was replanting my other plants and noticed the same pests at the bottom of my other cactus as well so they both needed to be taken care of.

After finding out about two sick cactuses I became much more attentive to my plants and whenever I was watering them or simply drinking tea and appreciating their beauty, I also was carefully looking for sights of pests.

During one of those inspections, I noticed that my ficus plant is covered in something similar to a spider web and under one leaf was quite a lot of very tiny white dots, probably eggs of the pests. So it turned out into three sick plants in total.

Both cactuses and the had to leave the sill which was their home and was put in the balcony, far away from the other plants. Then I got a liquid potassium soap which is an organic product made to fight pests of plants.

The first time I used it on cactuses, I made sure all the white bad guys were washed off. After around 10 days I sprayed them again and after other 10 days repeated that. Even though the cactuses seemed pests free then, I still keep them in the balcony just to make sure they actually don’t have any more pests. However, one of the cactuses seem very weak now and I think it’s days are coming to the end… Well, we’ll see.

Speaking of the ficus plant, after spraying it with the liquid soap the first couple of times, I thought it won’t be able to make it because after winter he seemed devastated (most of its leaves fell off during winter). Eventually, all the signs of webs on it were gone and no tiny eggs or pests could be seen and it even began growing new leaves so I’m full of hope for this beloved ficus plant.

Altogether, it was almost two months since I began healing my plants from pests. The and one cactus are definitely fine now, and another cactus has to regain its powers after this long fight. It was the first time I had to deal with such and wasn’t sure what should be done but the liquid potassium soap is great for fighting pests.

Why it’s time to do more of what we love